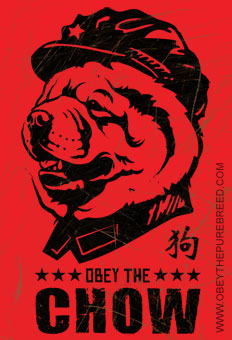 In loving memory of Comrade Buddha.

I actually really enjoyed Death from Above 1979, but the Pitchfork-axis jungle telegraph was all het up about whether or not Sebastien was a colossal prick or not.

I stumbled across Sebastien’s solo MySpace page today.   I have always thought he was a fantastic drummer, and I tried to model my duo group (with Zaxx from Music Hates You, alternately called Inkfist, James Dean Death Guitar, or something else) as a cross between DfA1979 and Emotional Legs era Leaving Trains.

I am particularly feeling the symphonic Cheap-Trick-meets-Built-to-Spill pop of “American Names” and the Big Star/Sparks stomp of “I’m All Rage.”  Check out the naked telecaster sting of the intro contrasted with the sweet string section in the chorus.  Really lovely.

The solo album comes out in early 2008.  I’ll snag a copy as soon as I can and let you know what I think.

In the meantime, I hope to see more pictures of his dog.

the thread over at the Electrical Audio bbs that I mentioned yesterday continues to provide massive entertainment value for the time invested:

About six weeks ago, at a show, to a friend, I said something like, “you can break my kneecap again if it meant no one ever had to hear the Eagles ever again.”

Two weeks ago, I rebroke the thing.

In the hospital after a very nasty surgery, friend says to me “at least we won’t have to hear the Eagles again.”

Today in the orthopedist’s waiting room, “Peaceful Easy Feeling” played over the PA.

Thanks for that, anonymous stranger.  There are over 150 pages of these small observations from people’s lives.  Some are truly mundane and not terribly interesting, others are just fascinating.   I have decided to just read it like a book of poetry, take what I like and leave the rest.  I have the time, now, so I may as well.

In other, much more tragic news, my friend Chris just lost one of his dogs, Greta, to some unknown poison.  She was a young dog, a gentle soul- some sort of chow mix, and sweet, sweet, sweet.  I last saw her at the New Years Day celebration at my house, where she happily blended right in with our little dog pack.  Chris, we’re all terribly sorry for you and your sweet wife.  Here is one of my favorite Pablo Neruda poems.  It gave me peace when Buddha passed.

now he’s gone with his shaggy coat,
his bad manners and his cold nose,
and I, the materialist, who never believed
in any promised heaven in the sky
for any human being,
I believe in a heaven I’ll never enter.
Yes, I believe in a heaven for all dogdom
where my dog waits for my arrival
waving his fan-like tail in friendship.

Hey, kids, if you’re traveling to another country to play music, and you’re gonna get paid for it, you’re gonna need an entry visa and a work permit. The label or tour promoter in that country will probably take care of that stuff for you, because they’re generally cool like that.

YES, however, if you’re going to send them your passport number so that these things can be issued to you, make sure you give them the RIGHT NUMBER. See, if you have an old passport and you have to get a new one, don’t assume that your new passport will have the same number as your old one… BECAUSE IT WON’T.

If you show up at the airline counter with mismatched passport and visa/permit numbers, YOU WILL NOT BE PERMITTED TO BOARD THE PLANE.

So, in short, if you’re going to release a record in Europe, see if the label Monotreme UK will do it for you, because Kim Harrison-Lavoie there is SHARP, and she’ll catch that shit while you’re still sitting at your desk at your day job. She might panic a little, and you might panic too, but once you call the British Government’s Panicked Passport and Visa line (900.990.8472 – $2.49 a minute, so talk fast!), you’ll discover that you just need to bring your old passport with you through customs.

Make sure you email Kim at the end of the phone call and tell her that it’s ALL GOOD.

See, a lesser label might have allowed you to leave that old passport right there in your desk drawer where you tossed it when you got your new one. But not Monotreme, no sir. Imagine for a moment what it would have been like to arrive at the check in counter for British Airways, after all of this- preparation, practices, money and time spent, only to be told to go home…. “Your papers are not in order…” OR worse, if the counter person at BA wasn’t super-sharp, flying all the way to Heathrow, de-planing, only to find yourself turned around at customs and told to go home. Thanks to Kim’s sharp eye, I am still on track to leave DC on Sunday night and arrive in London before the morning tea break.

Bonus behaviors-
call your singer/bandleader and leave minute by minute messages on his voice mail, starting with “OH NOOOOOOOEEESSS!!!!11!!1!!” message.) He’s sleeping it off while you’re at work, anyway. Bastard. He needs that little “HOLY SHIT, NO DRUMMER FOR THE UK TOUR” moment first thing in the morning. Then, your consecutive follow messages (which will eventually culminate in a “Never mind, it’s ALL GOOD” message) will gradually bring him back to earth.

Then, gentle readers, I had to go home and say goodbye to these faces:

It’s like breaking free from the earth’s gravitational pull, tearing myself away from those two sets of brown eyes. Once escape velocity was reached, We were headed for the airport….

How about we declare August 16th (the day of the Catholic Feast of St. Roch) Interntaional Dog Valentine’s day? You can get your dog something heart shaped, but made out of bacon on that day.

While on pilgrimage Roch encountered an area afflicted with plague. He stayed to minister to the sick, and affected several miraculous cures, usually by making the sign of the cross over them, but contracted the plague himself. He walked into a forest to die, but was befriended by a dog. The dog fed him with food stolen from his master’s table, and Roch eventually recovered.

I think that this is where the term “The Dog Days of August” comes from….

I don’t know about you, but I am celebrating Dog Day next year.

My grandfather built his house from the ground up- he got back from World War Two and found that the bank wouldn’t loan him any money to build it, so he and my grandmother lived in the poured concrete basement with a little roof over it while he worked and saved money to add on.

Once they saved enough, they built the first story. Later, a second story, and so on. Their piece of land was (coincidentally) the same size as the piece of land I own- three acres- and the back woodlot was an acre attached to a larger piece of forest.

Because of pine bark beetles, most all of the pine trees had died off in the 1970s. The forest was all hardwoods, mostly giant white oaks with the largest acorns you’ve ever seen. Because the trees there had stood for well over a hundred years, the canopy was high and the forest floor was pretty much completely free of underbrush. In winter, there was a carpet of broad oak leaves that was as crisp and noisy to walk through as corn flakes. Back when Buddha was still with me, he and I would go back there and crash through the leaves for hours. Buddha looked kind of like an ice-breaker pounding through the leaves, about chest deep.

I was sincerely missing that yesterday- wishing I could go charging around in the woods with Big B one more time. But that woodlot was sold back in August, Buddha passed on a year before that, and the house is for sale. I’d buy it if I could afford it, but I don’t know what I’d do with it if I did.

If you have a dog, by the way, I suggest tackling him right now and hugging on him until he gives you The Look. Life’s too short not to spend more time with your dog.

I woke up to the sound of tires screeching and horns honking on the (very) busy road in front of my house. I did a quick head count of my dogs (one….two… all present and accounted for…) and I sprang from my bed to see what was the matter.

When I looked out the front door, I saw a juvenile pit bull hunkered down in traffic in full submissive posture, while traffic whizzed by at 50 mph all around her.

Dressed in my pajama pants, no shirt and no shoes, I ran out into traffic with my hands raised (THAT’LL stop a semi, right?) and approached this frightened and cowering dog.

The dog was not terribly glad to see me, since she was completely terrified. The cars that had stopped when I ran out into traffic had eased past, and more cars were coming at highway speed, so I made a decision: “I am going to reach for this pit bull, and if she bites me, well, she bites me, but we’re going to get out of this road before we both die.”

Just as I reached for her, an SUV came by at full speed, startling us both. She lunged away from the SUV, and I was able to catch hold of her collar. I walked towards oncoming traffic with my hand up again, and got her into my driveway, where I put her in the cab of my old Ford pickup. (I had to get my dogs inside and put her in the kennel enclosure- our Guest Dog Quarters.)

Once she was safe and inside the kennel, she seemed to calm down quite a bit:

I let my dogs out to sniff and wag at her through the fence, left her with a snack and some water and I went to work. From work, I called animal control, and they took my name and number. Two hours later, they called with the number of young Roxie’s owners.

(btw, I refused the reward money that was offered. I am gonna go buy a lottery ticket while my karma’s good, though.)

That’s Buddha and my wife. He’s being crabby and she’s being sweet. Business as usual.

I miss this place. Best place I ever lived:

Notice the shady oak tree, the lake in the background, happy chow welcoming me home and the garden behind the deer fence. Oh, what a happy place that was.

This is the back porch of that cabin:

La Hermana de Shakespeare has the following question of the day from yesterday:

A twist on the old Actors’ Studio question about what one hopes god would say upon one’s arrival in heaven. Instead, “If there is a god, what would you say to him/her when you arrive?”

That’s easy, if a little sad, for me:

“My dogs are all here, right? Because if not, I want to go where they are.”