I guess it’s possible that I’m having a minor manic episode.

Six months or so ago, I watched Michael Pollan’s show on “Air” on Netflix and became mildly obsessed with making good bread.

Last night I made these: 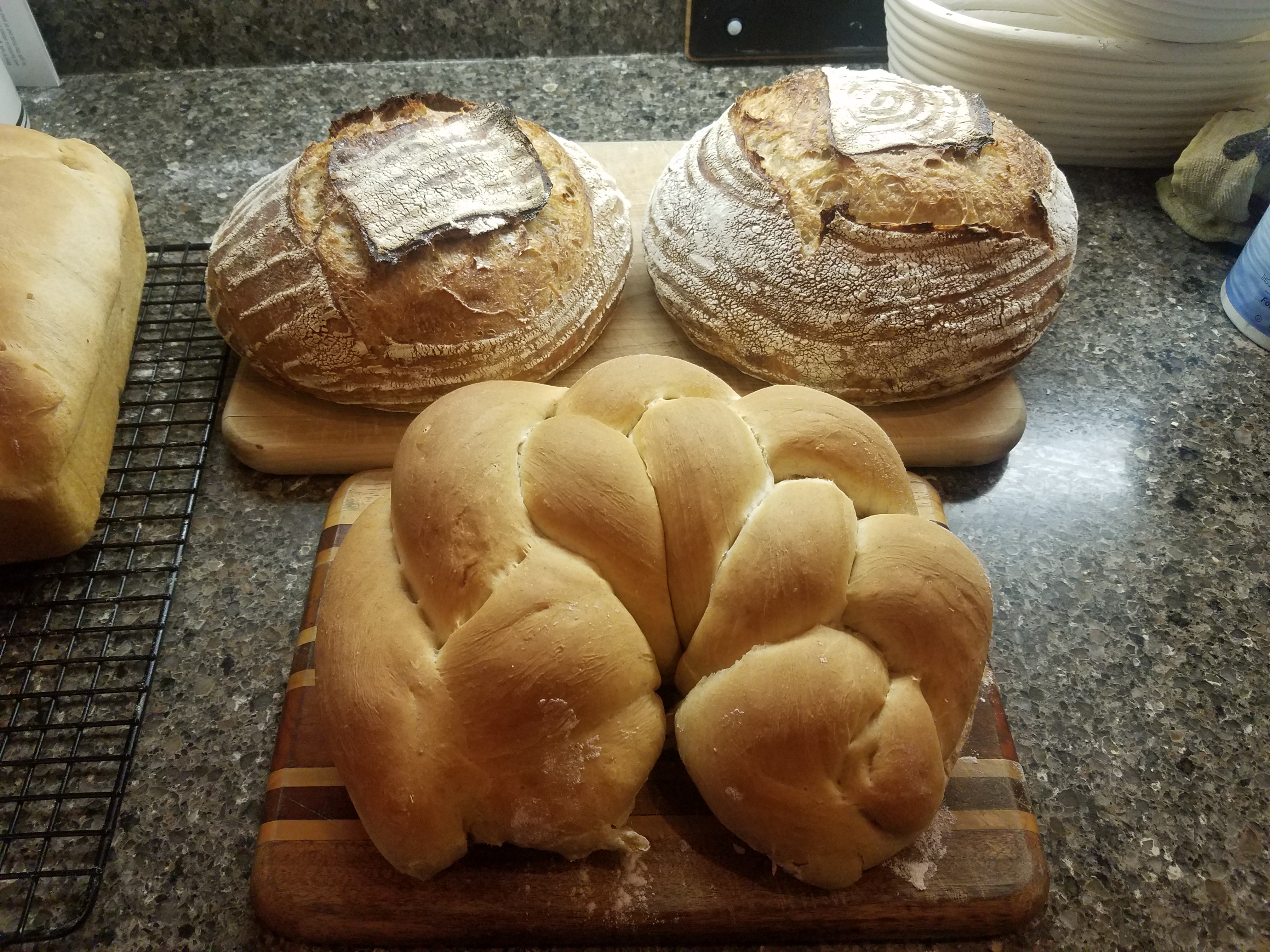 I have been sleeping four or so hours a night, getting up and going to my day job and then coming home and making bread. I have found some friends who are fiends for sourdough and will pay me for fresh loaves, which is good.

I make my bread from a sourdough starter that I was given from a friend. I have passed it on twice, now. I have been using the recipe from the Tartine book for a simple country loaf. It takes hours, but I’ve made some refinements that allow me to let it proof overnight or all day in the fridge. It makes the final loaf even springier, a tiny bit more sour, and MUCH easier to handle when it comes time to load the loaf into a scalding cast iron Dutch oven and then score it with a sharp knife.

Right now I love bread and making it. This may just be my general obsessiveness and it may pass. It may end up being a third or fourth career.